It’s definitely summer time when you see the fresh rhubarb sold at the local Farmer’s market or even grocery store. And when you add strawberry to rhubarb and make a strawberry rhubarb jam, summer has officially begun.

This jam is sweet and made with fresh strawberries, rhubarb, and lemon juice. The only artificial ingredient is the sugar, but who cares. It’s amazing. This jam can be used on toast in the mornings, on cookies, or even in pie or tarts. It’s super simple to make and will last 2 weeks in the fridge.

Nonetheless, I don’t think it will last that long in my fridge as my kids are eating me out of house and home this summer. I’m pretty sure I can make a strawberry rhubarb jam and peanut butter sandwich and it will be gone in 2 bites! 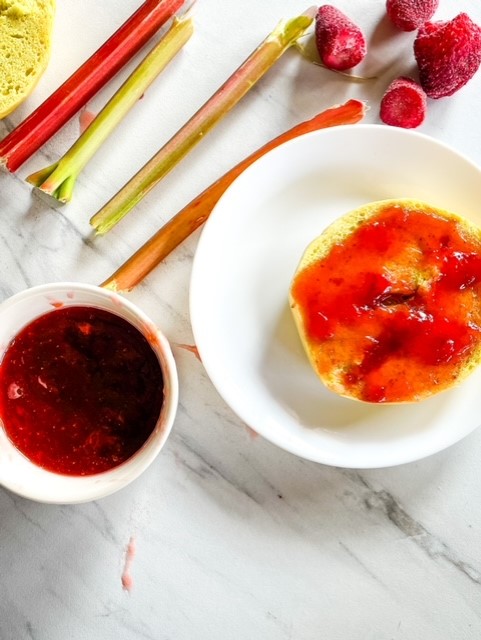 Rhubarb is another produce that is underestimated. I have always liked it and can vaguely remember my great aunt Marion bringing over pies to our house in the summertime as a kid. I’m pretty sure I would always sneak a bite and then come back for more in between playing.

If I am being honest, I have never really cooked with rhubarb before, but after making this strawberry rhubarb jam, I am sure disappointed in myself. It is sooooooo good and is now forever a part of my menu!

What is rhubarb exactly?

Rhubarb is the fleshy, edible stalks of species and hybrids of Rheum in the family Polygonaceae, which are cooked and used for food. Although Rhubarb is considered a vegetable, it is often put in the culinary uses of fruit.

The stalks are the edible part and are often cooked with sugar and used in pies, crumbles, and other desserts! How about the awesome jam I made?

Apparently, the leafs of rhubarb are considered poisonous and contain oxalate. It leads to kidney stone formation in individuals. A little known fact about me, I have suffered with kidney stones since the age of 19, with the cause of too much calcium oxalate.

Note to self, don’t eat the leaves of Rhubarb! 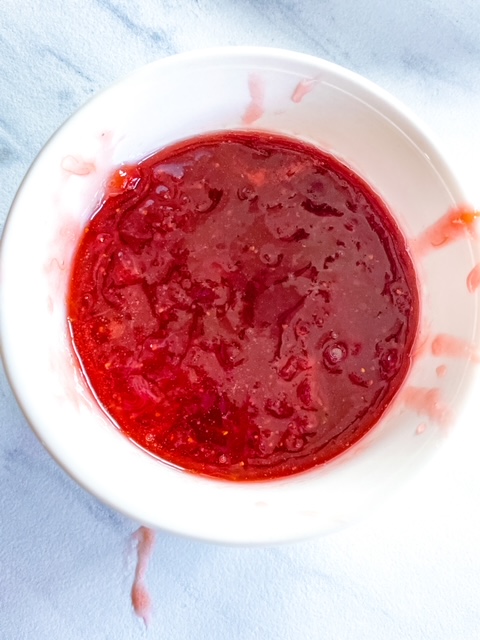 The are only 4 ingredients for this amazing strawberry rhubarb jam. 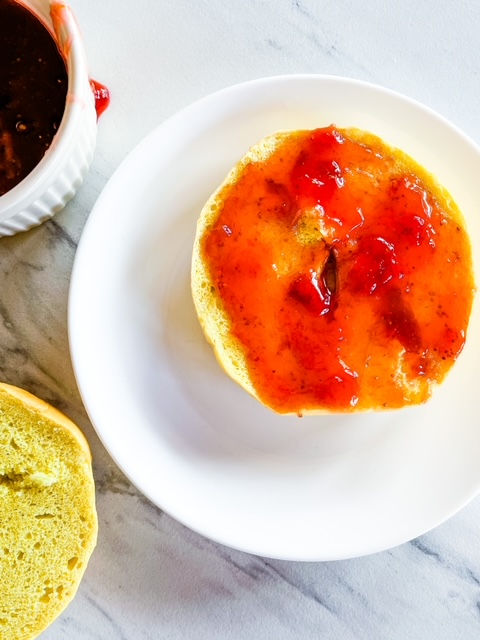 Why do we add lemon juice when making jam

It’s all about the pH people…

When making jam and cooking fruits like strawberries with granulated sugar, pectin is released that was trapped inside the fruit cells into the jam mixture. Once the pectin is released and the strands are free, they repel each other and create a negative charge. Without the pectin coming together, the jam will not set.

However, this is where the lemon juice comes into play. It creates an acidic pH which helps neutralize the strands of pectin so they can come together to help the jam “set”.

how to make strawberry rhubarb jam

The jam making process is pretty simple. The cooking time is the longest process.

First, wash, hull and chop strawberries. Cut rhubarb stalks into 1/2 inch chunks. Add these along with sugar and lemon juice to saucepan.

Cook on medium until the mixture bubbles, then turn down to medium low. You always want a small simmer. Stir occasionally until the jam thickens (about an hour).

Lastly, place jam into mason jars and store in the fridge for up to 2 weeks. Serve over anything that tickles your fancy! 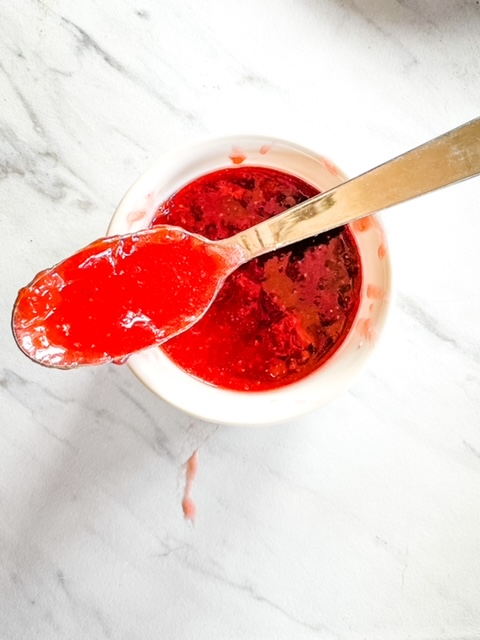 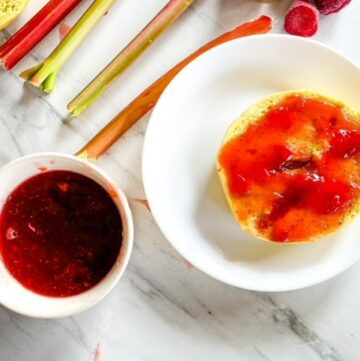 A toothpick is the object most often choked on by Americans. WTF?