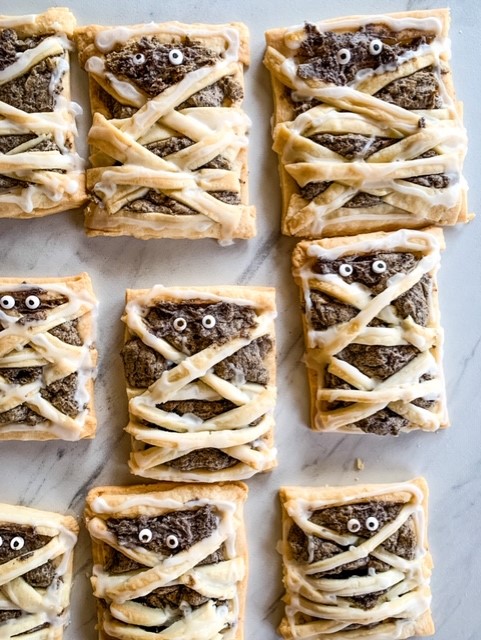 Kellog's eat your heart out! These Spookalicious Mummy pop tarts are the new Halloween snack on the block! I am taking orders for whenever you are ready! Rich cookies and cream filling stuffed within the middle of the mummy and then drizzled with white icing. Top it off with those cute little eyes and your dessert is complete!

Pop tarts have always been one of my favorite breakfast foods. You can eat them toasted or not toasted and they always taste amazing. So making this dessert was a no brainer for me! My eldest has already eaten 2 of them!

The process of mummification has been a part of human ritual as early as 3000 BCE. Egyptians were the first to purposely practice the act of mummification and are the most popular when people think of mummies.

Apparently, dead bodies don't sit well with people and the idea of a well preserved body seems to cause some panic.Nonetheless, Hollywood began making movies with mummies as evil abominations that rise from the dead. Mummy costumes came along and these creatures of the night became a huge part of Halloween!

Mummy costumes are one of my favorites, but my kiddos haven't humored me and let me wrap them up! However, they did help me make the spooklicious mummy pop tarts. Decorating and eating them was something they really enjoyed!

INgredients for the mummy pop tarts 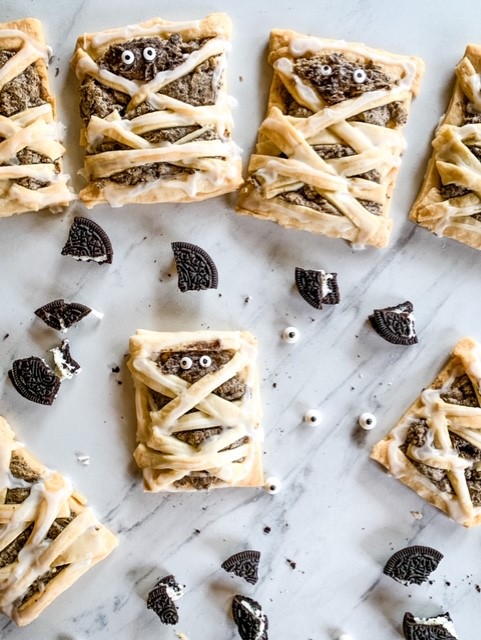 Tip and tricks for the mummy pop tarts

How to make the Spookalicious Mummy pop tarts

Try my other breakfast recipes 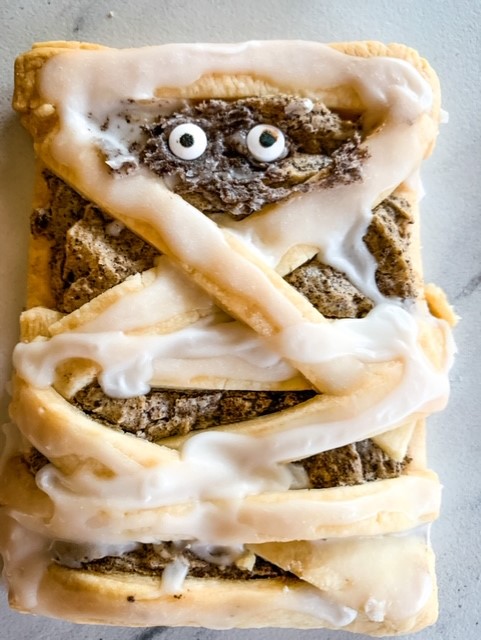 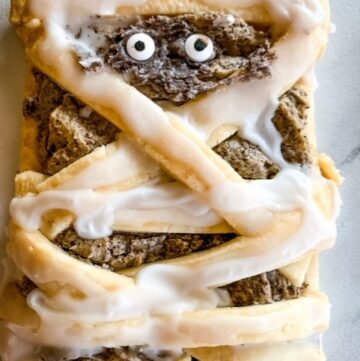 Candy corn was originally called chicken feed. No wonder I hate that Candy!