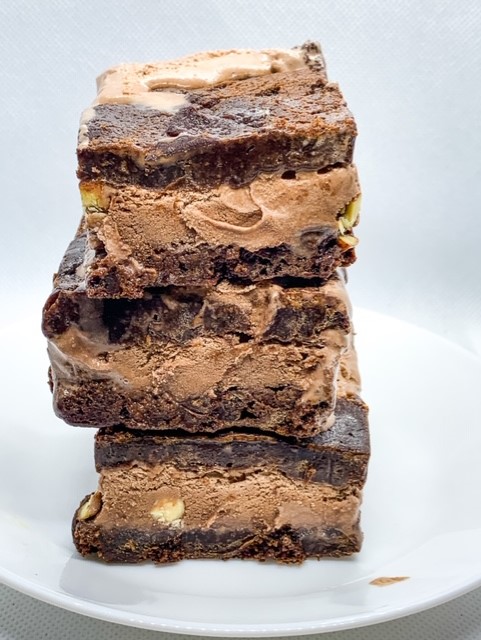 I’m back! And this time with Rocky Road Ice cream sandwiches. A rich and fudgy brownie sandwiched in between creamy rocky road ice cream. Raise your hand if you scream for ice cream? Rocky Road has always been one of my favorites and it has been around since I was a kid (yes I am that old). Hotter days are to come so this treat will be a hit with all the neighborhood kiddos!

Check out my monster cookie skillet and my cherry cobbler macarons. Both are great to make in summertime!

I was on vacation last week and really missed baking and making things to share with you. My kids have been begging me to make ice cream sandwiches and I adapted a recipe from Sally’s Baking addiction. Nonetheless, I added the Rocky Road because it’s amazing!  But you could use any variety of ice cream that pairs well with chocolate brownies! 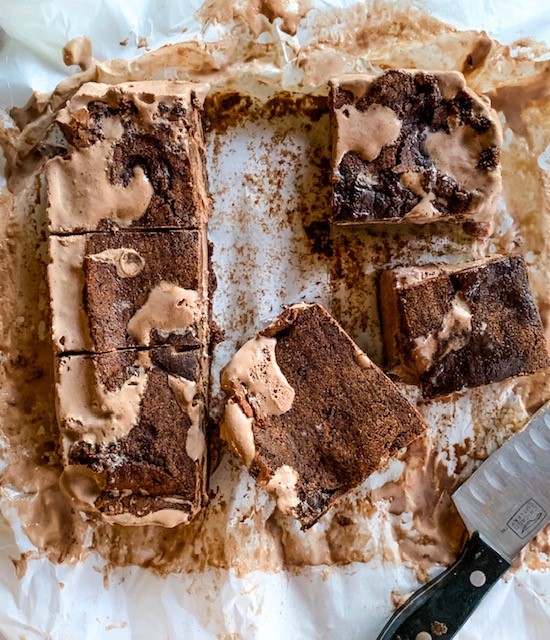 Make the brownie batter:  I used Sally’s brownie recipe, but in the future I will also use my own homemade brownie batter seen in my Take 5 brownies. The batter will be super thick, but the thickness it what holds the sandwich together.

Bake: Bake each pan for 15 minutes in the oven. Just know that the brownies will still be under baked and that is okay. It will prevent the brownie sandwiches from getting rock hard in the freezer. While the brownies are cooling, set out the Rocky Road ice cream to soften.

Scoop ice cream: Scoop the ice cream right on top of the warm brownies and spread.

Layer brownies: Layer the other pan of brownies on top. I purposely spread my brownie layers out so it gave the sandwiches a marbled look with the ice cream. Other sandwiches don’t have that marbled look, but I wanted to be different!

Freeze:  Cover with plastic wrap and freeze for 12-18 hours. I unwrapped them at about 15 hours and they were still pretty easy to cut. Any longer than 18 hours and the sandwiches are harder to cut.

Cut: Be sure to cut with a very sharp knife. They are difficult to cut so use some arm strength! 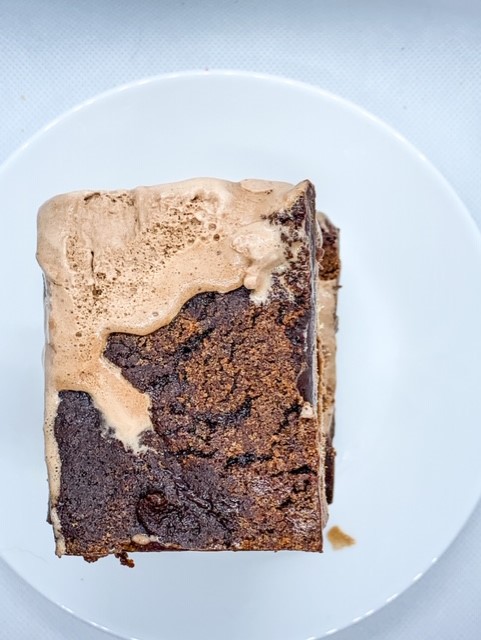 Individually wrap these sandwiches and put in the freezer for up to a month. Any longer then they will dry out. Let them sit out for 15 minutes and then enjoy! 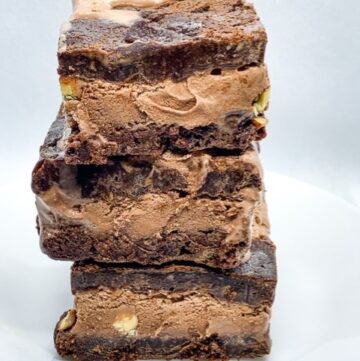 On average, a 4 yr old will ask at least 400 questions per day! I’m pretty sure my 4 yr old asks way more than that!