It's National Grand Marnier Day, y'all! So what better way to celebrate it than with an Orange Trifle with Grand Marnier Cream! This dessert is so refreshing and is great a summer dessert that can even be made ahead of time.

Homemade Orange pound cake that is saturated with a Grand Marnier liqueur, layered with fresh oranges and an orange marmalade cream. A kick of orange flavor in each bite, leaves you wanting more! Personally, anything that is saturated in alcohol is amazing! 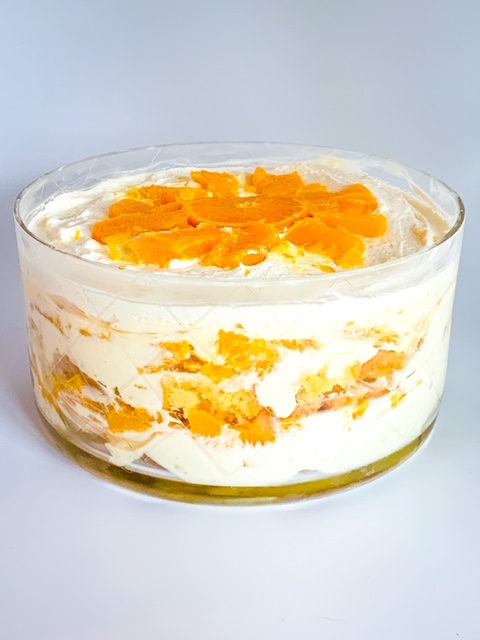 What is Grand Marnier Day?

National Grand Marnier Day on July 14th recognizes a liquor that brings citrus notes to cocktails and desserts. Since the 1880s, we’ve been enjoying the fruits of Grand Marnier’s exquisite flavor.

Alexander Marnier-Lapostolle invented the orange liquor in the 1880s. His grand experiment pairing fruit liquors with cognac took 10 years to find success. When it did, Lapostolle gave birth to one very expensive liquor. The cognac concoction blended one of the most costly fruits of the time with a very strong spirit, too. The result was truly grand.  Not only does it add a splash of citrus when mixed into drinks and desserts, but Grand Marnier can be enjoyed neat. 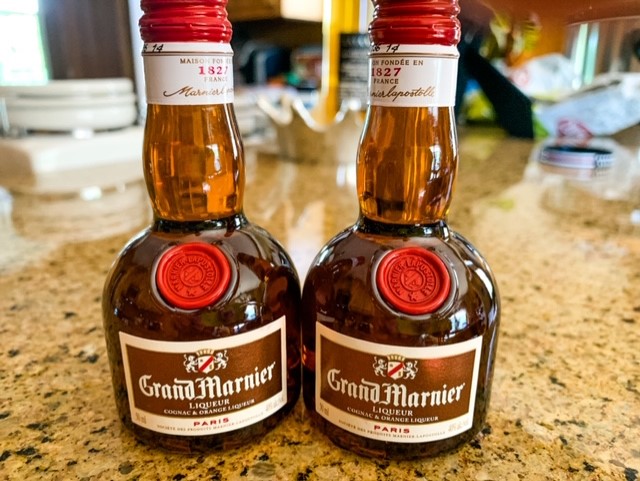 What is a trifle?

A trifle is an english dessert made with fruit, thin layer of sponge fingers soaked in sherry or another fortified wine, and custard.

I adapted my recipe to make the Orange trifle. Nonetheless, it turned out amazing! Two orange pound cakes were substituted for the lady fingers. The pound cake definitely soaked up the grand marnier mixture very well and the orange flavor was intensified!

The cream was made with Smucker's Orange Marmalade, cream cheese and confectioner's sugar. The texture was perfect and spread beautifully between each layer of the trifle.

Each orange was divided into segments and the membranes and pith were removed, creating very juicy oranges! 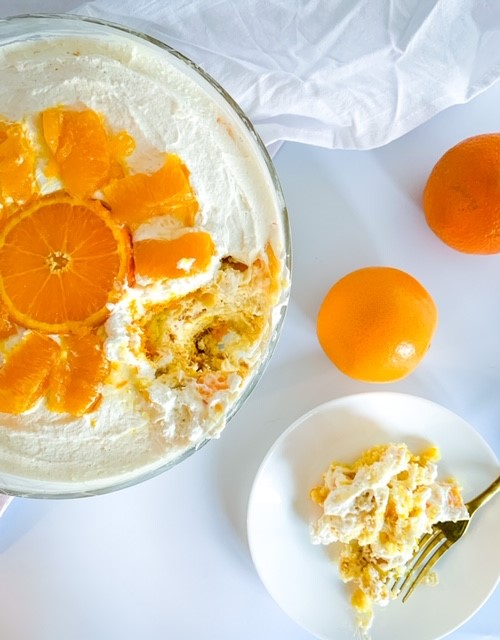 How to make Orange trifle?

How do you assemble an orange trifle?

Assembling a trifle is easy and actually super fun! It is three layers and then you are done and ready to dig in!

First, layer one third of the pound cake on the bottom of the trifle bowl. Second, sprinkle with the Grand Marnier mixture, and layer the whipped cream on top. Then, place the oranges around the edge of the dish (widest part of the orange facing out against the wall). Repeat the process two more times until you have three layers.

Lastly, add the whipped cream on top. Place the leftover oranges on top in any design you fancy! Brush with a pastry brush the microwaved mixture mentioned above on top of the oranges. Put in the fridge from 2-8 hours to chill before serving.

See video below on how to assemble a trifle! 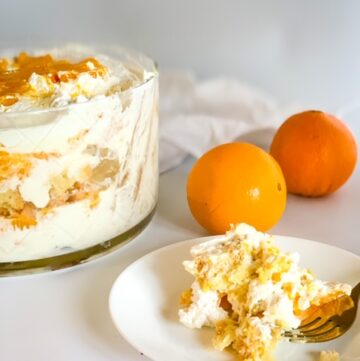 Assembly of the trifle