Lemon meringue pie is a fan favorite, but this pineapple orange meringue pie should be your number one. It is by far one of the best pies I have ever eaten! The crust is a sweet vanilla almond crumb. It is layered with a creamy and tangy pineapple orange filling and a fluffy toasted meringue topping. It's refreshing and getting me ready for the warm days ahead!!! I adapted and modified this recipe from Rose Levy Beranbaum.

Another pie recipe that is creamy and sweet is my Banana Cream pie. The crust is flaky and the banana filling hits the spot!

As these quarantine days are brutal and never-ending, I keep on channeling my inner Dorothy and telling myself "There's no place like June, There's no place June". But baking is what is keeping me sane and happy! 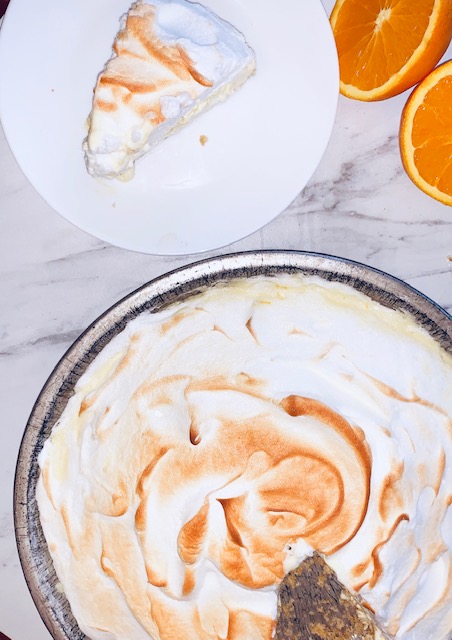 The process of making this pie can be daunting, but it doesn't have to be. I will offer tips and tricks that will help. Below is the process of how to make the orange pineapple meringue pie.

Now that you have a general idea about the process of how to make this pie, let's get to the tips and tricks and mistakes to avoid. 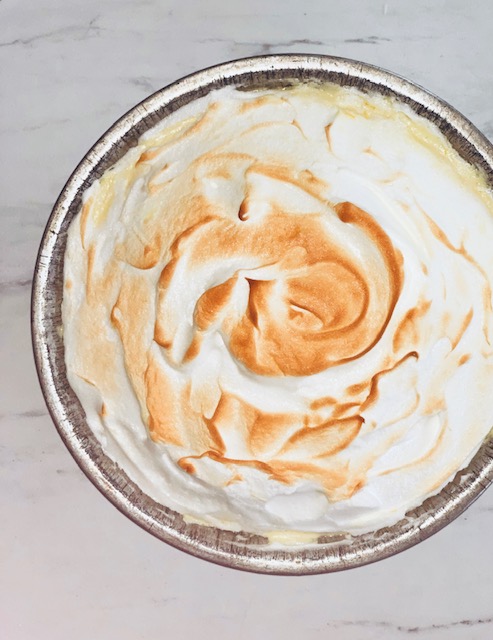 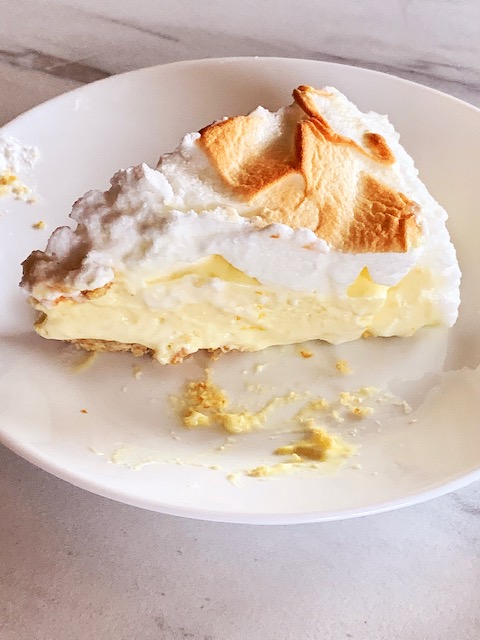 SPreading the meringue on the filling

Serving and storage of the pie

The filling is the most delicious when it is served cold but creamy. A thermometer should read 28 to 32 degrees F. It will require anywhere between 1 to 1.5 hours at room temperature to reach the desired consistency.

It should be stored in an airtight container in the freezer for 3 weeks. 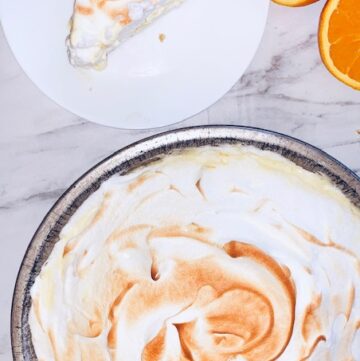 During your lifetime, you'll eat about 60,000 pounds of food. That's the weight of 6 elephants. Hmmm....well when you put it like that!