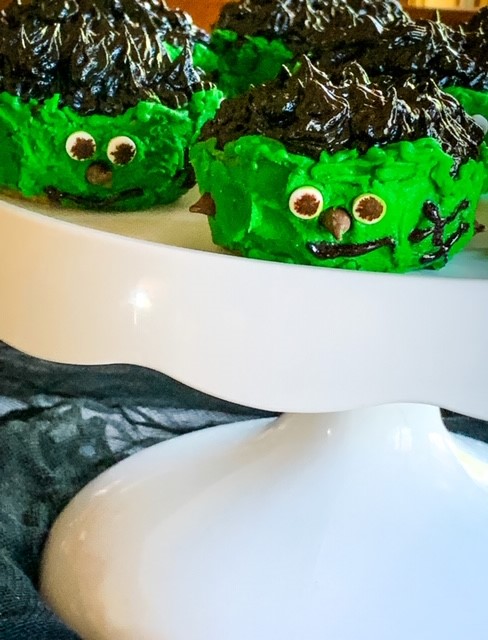 Well...I know it is still summertime, but it is never too early for Halloween desserts! My Monstrous and spooky Frankenstein Brookie cups are the perfect starter for the spooky season. A chocolate chip cookie crust that is stuffed with a fudgy brownie filling and then frosted to look like Frank!

I feel Frankenstein doesn't get the street cred he deserves. When it comes to halloween desserts; ghosts, witches and pumpkins outrank him. So sad! I know that I did him justice with this sweet treat! Here's to you big green guy!

Who exactly is Frankenstein?

Frankenstein is an 1818 novel written by an 18 yr old Mary Shelley. It tells the story of Victor Frankenstein, a young scientist who creates a hideous sapient creature in an unorthodox experiment.

When people hear the word "Frankenstein" they automatically imagine the monster. However, this is not the correct image. Frankenstein is actually the name of the scientist that created the monster and died trying to kill it.

However, over the years kids movies have evolved and actually use the big green galoof as Frankenstein. I prefer it much better that way as his character is way more entertaining!

What is a Brookie cup?

This dessert is another hybrid. Other flavor combinations have been used as well such as peanut butter and chocolate chip and mint chocolate chip. Other bloggers have even stuffed their brookie cups with candy. Nonetheless, this combination is to die for!

I was super excited to pipe this dessert and make the monstrous and spooky frankenstein brookie cup! 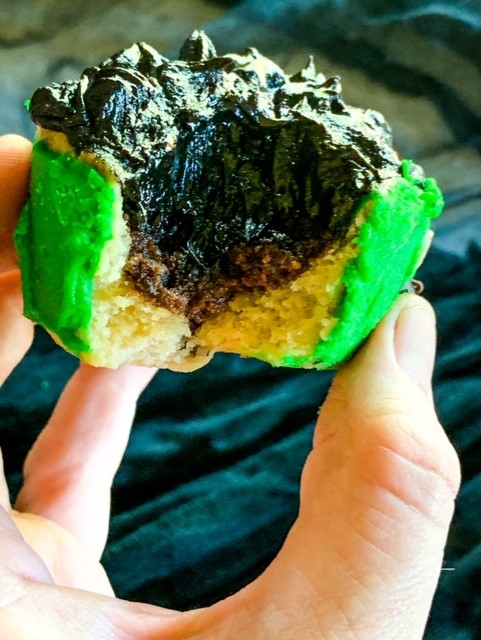 ingredients for the monstrous and spooky frankenstein brookie cups

How to make the brookie cups

Making the brookie cups is actually very easy and not super time consuming. However, when it comes to decorating and assembling Frankenstein be sure to pencil in some time!

How to get the perfect black buttercream frosting!

I am not going to lie, I have made buttercream frosting on several occasions, but this was my first time attempting black buttercream. I used the recipe from Cake by Courtney and the color and texture turned out perfect. Frank's Crew cut was on point!

Most recipes recommend using black cocoa powder, however, it is not readily available in most grocery stores. So instead of ordering it, I used Hershey's Special dark cocoa powder. 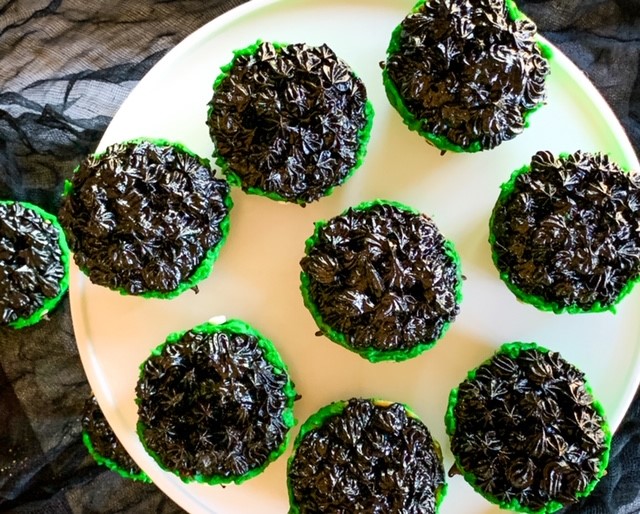 Assembly of the brookie cups!

Check out the video below and see how to assemble the monstrous frankenstein brookie cups!

If you liked the brookie cups your should try these! 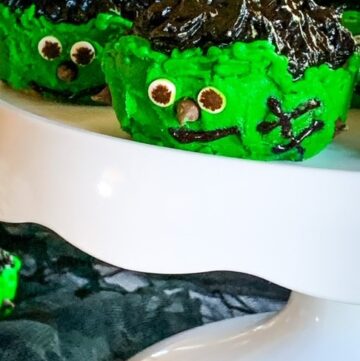 Assembly of the brookies

Frankenstein shares the name with the castle! A castle actually exists!