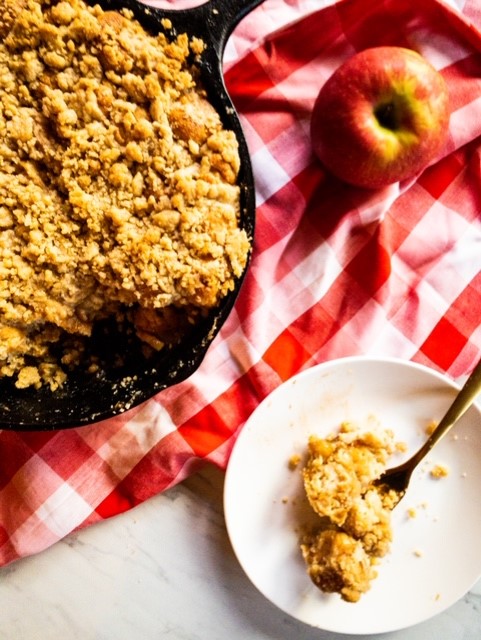 It's definitely fall like here in Wisconsin! Sweater weather has hit hard, but so has my desire to make more "fall-like" desserts. This Monkey bread pizookie is another hybrid and was developed by a BJ's restaurant in Indiana. Their variation was different, but I made my recipe to touch on all the fall flavors!

A pull apart sweet biscuit dough that is layered with apple pie filling and then topped with a delicious crumbly streusel! It is all baked within a cast iron skillet! A dollop of vanilla ice cream can be added if you desire! Yum Yum!

What is a pizookie?

A pizookie is a combination between a pizza and a cookie served in a deep dish pizza pan or cast iron skillet and then served with ice cream on top. In addition, monkey bread has also been used to create this hybrid dessert.

My monster cookie skillet could also be considered a part of this trend as well. Please check it out! 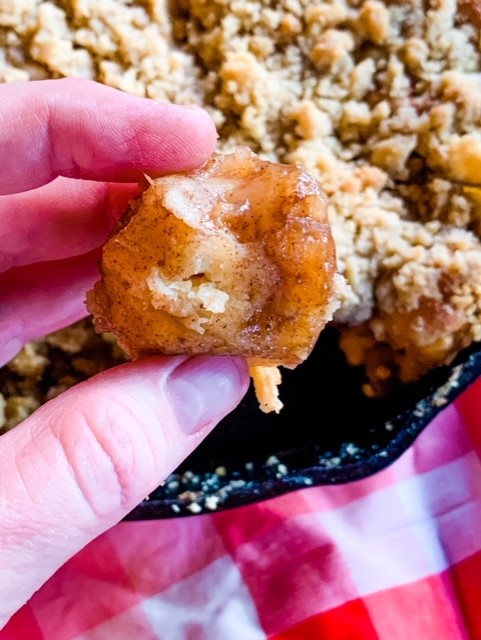 How to make a monkey bread pizookie 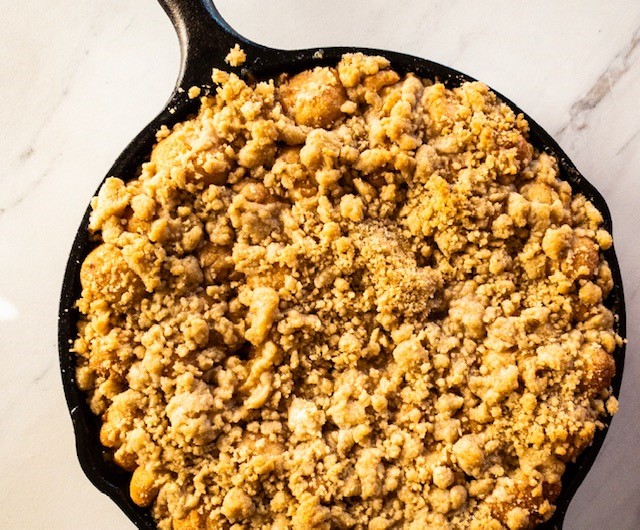 First, start out by preheating the oven to 350 degrees. Spray the cast iron skillet with a non-stick spray and set aside. Next, mix your warm water (110 degrees), dry active yeast and sugar and let proof for 5-10 minutes (a nice foam should be on top).  Mix one half cup of sugar with 1 tablespoon of cinnamon and set aside.

Second, melt butter and evaporated milk in a saucepan. Pour in a bowl of a stand mixer fitted with a dough hook. Whisk in the rest of the granulated sugar. Add in the yeast mixture and bread flour. Knead on low until the dough ball comes together and pulls away from the sides. Cover dough in olive oil and cover with towel. Place in a warm place to let it rise (1-2 hours).

Third, make the apple filling and crumb topping.  Dice apples, add in flour, lemon juice, both sugars and apple pie spice. Mix well and set aside. In another bowl, add in the flour, both sugars and butter. Using a pastry cutter, blend the mixture together until coarse crumbs form. Using your hands, squeeze the mixture together until all the butter is absorbed and the topping comes together.

Lastly, sprinkle the crumb topping on. Bake for 1 hour or until apple filling is bubbly or golden brown on top. Serve with vanilla ice cream or plain! Enjoy!

Other breads you may enjoy! 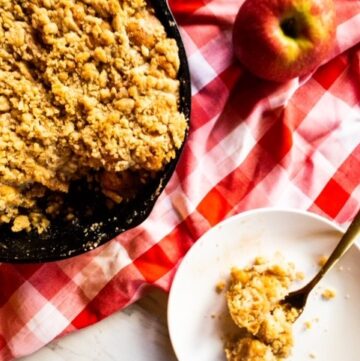 You are more likely to be killed by a champagne cork than a poisonous spider! Who studies these facts?