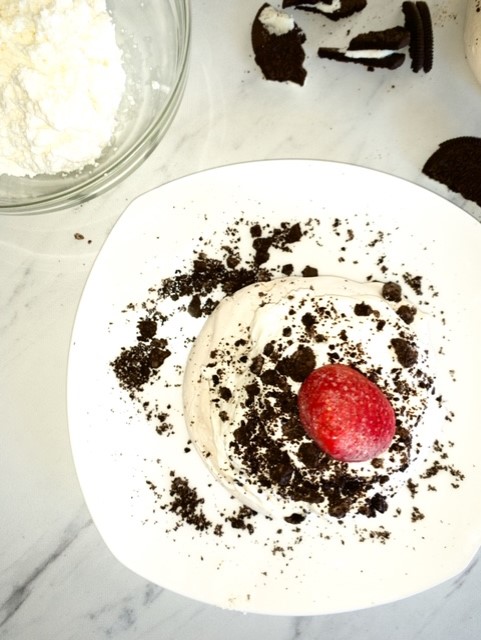 Anna Kournikova or Cookies and Cream mini Pavlovas. Bad joke, I know, but it was all that I could come up with today! However, this meringue dessert is simple and delicious. I strayed a little bit and covered it it in crushed oreos instead of the traditional fruit and topped it off with homemade whipped cream.

Other desserts that use the wonderful meringue are my chocolate macarons and cinnamon macarons with pear buttercream frosting.

What is a Pavlova Exactly? 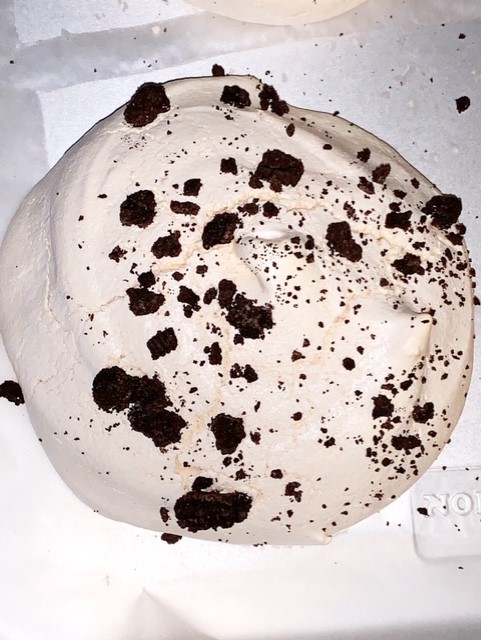 A Pavlova is a meringue dessert with a crisp crust and a soft, light inside. It is traditionally served with whipped cream and fruit. However, many variations have been done over the years which include chocolate ones or the one I created.

It is a popular dessert and part of the national cuisine of New Zealand and Australia. Anna Pavlova was a Ballerina and this meringue was named in honor of her during her tours to both of these countries in the 1920’s. Apparently the two nations are still fighting over who created it!

They can continue to fight and I will continue to make it because it is marvelous! My kids were pleasantly surprised at the texture and compared it to a marshmallow! I love meringue desserts and how light they are, but there is a striking comparison to the freeze dried food that astronauts take to space!

What is the Different between a Pavlova and a Meringue?

A meringue is a mixture of egg whites and sugars. They are French and more crisp all around. A Pavlova is a type of meringue. They are cooked longer and have a more marshmallow center.

How to make the Cookies and Cream Mini Pavlovas 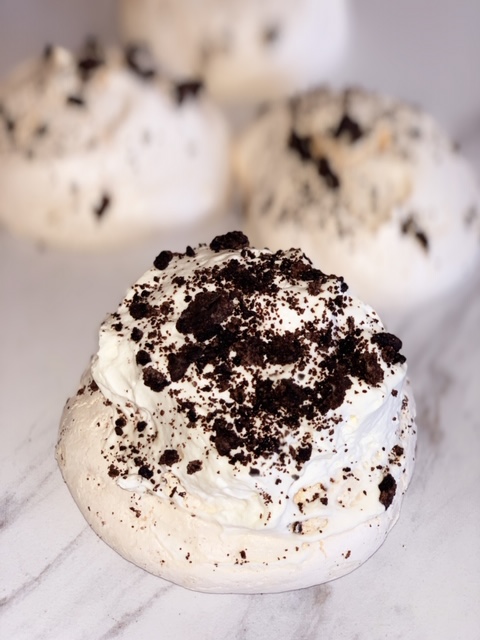 I really loved the simplicity of this dessert. There are only a few steps with a couple of ingredients and then it is done!

To make the pavlovas you put 6 egg whites (room temperature) in your stand mixer. Whisk on medium until the egg whites are frothy. Add in the cream of tartar. Increase the mixer speed to medium-high and beat until soft peaks form. Gradually add in your granulated sugar (1 tbsp) at a time. Beat until glossy and stiff peaks have formed. Place meringue in your large piping bag and pipe large mounds (6 on baking sheet) about 2 in apart. Sprinkle crushed oreos on top.

Bake for an hour at 300 degrees or until firm to touch. Be sure to leave the oven door propped open to allow the pavlovas to cool completely in the oven.

Making the whipped cream and Garnish

Place the heavy cream, confectioner’s sugar and vanilla extract in a large bowl. Beat on medium high until stiff peaks hold. Put oreos in a large bag and crush. Put whipped cream on top and sprinkle with extra oreos. 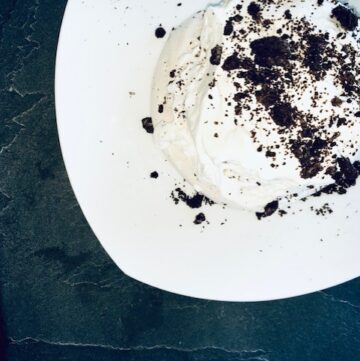 Fun Fact of the Day!

If you were to take a taxicab from New York City to Los Angeles, it would cost you $8,325. Who is the hell in their right mind would do that? Hello, a plane ticket is cheaper!